No Result
View All Result

Brands use TripleLift as a go-to advertising alternative for Facebook

We expected (and ❤️!) all the snark & critique for #280characters. Comes with the job. What matters now is we clearly show why this change is important, and prove to you all it’s better. Give us some time to learn and confirm (or challenge!) our ideas. https://t.co/qJrzzIluMw

There is a lengthy debate happening in @Jack’s Twitter post. We would LOVE to know what you think about the possible change, and its impact. Which reared its head earlier this year and was squashed with a user uproar. We are 50/50 on the change and would prefer to see more data-driven testing validation with users before a possible rollout.

We want to hear from you in the comments. Below is the original post with the insights from Titters product team.

Giving you more characters to express yourself

Trying to cram your thoughts into a Tweet – we’ve all been there, and it’s a pain.

Interestingly, this isn’t a problem everywhere people Tweet. For example, when I (Aliza) Tweet in English, I quickly run into the 140 character limit and have to edit my Tweet down so it fits. Sometimes, I have to remove a word that conveys an important meaning or emotion, or I don’t send my Tweet at all. But when Iku Tweets in Japanese, he doesn’t have the same problem. He finishes sharing his thought and still has room to spare. This is because in languages like Japanese, Korean, and Chinese you can convey about double the amount of information in one character as you can in many other languages, like English, Spanish, Portuguese, or French.

We want every person around the world to easily express themselves on Twitter, so we’re doing something new: we’re going to try out a longer limit, 280 characters, in languages impacted by cramming (which is all except Japanese, Chinese, and Korean).

Although this is only available to a small group right now, we want to be transparent about why we are excited to try this. Here are some of our findings:

Although we feel confident about our data and the positive impact this change will have, we want to try it out with a small group of people before we make a decision to launch to everyone. What matters most is that this works for our community – we will be collecting data and gathering feedback along the way. We’re hoping fewer Tweets run into the character limit, which should make it easier for everyone to Tweet.

Twitter is about brevity. It’s what makes it such a great way to see what’s happening. Tweets get right to the point with the information or thoughts that matter. That is something we will never change.

We understand since many of you have been Tweeting for years, there may be an emotional attachment to 140 characters – we felt it, too. But we tried this, saw the power of what it will do, and fell in love with this new, still brief, constraint. We are excited to share this today, and we will keep you posted about what we see and what comes next. 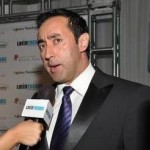 Brands use TripleLift as a go-to advertising alternative for Facebook

Get oneQube’s monthly newsletter direct to your inbox, sign up now.

What is Ringless Voicemail Marketing & Should Your Business Be Utilizing It?

10 Hilarious Zoom backgrounds to use During Your Next Team Meeting

15 of the Best Chrome Extensions for Social Media Marketers

No Result
View All Result

We use cookies to ensure that we give you the best experience on our website. If you continue to use this site we will assume that you are happy with it.Ok
Thanks for subscribing! Please check your email for further instructions.